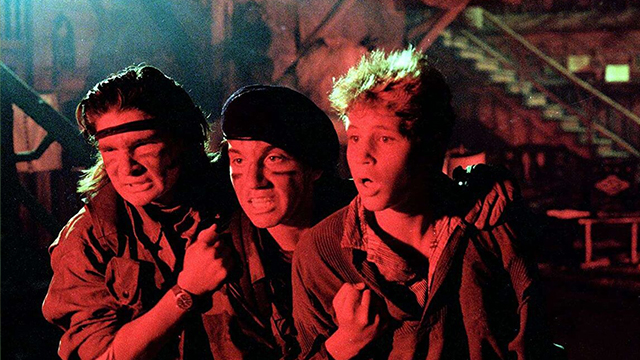 "Any character who never addresses their gender can be assumed to be trans." - CJ Kitten Miller

Cisgender people rarely have to announce or address their identities: Being cisgender serves as the assumed default to such a profound degree it often invisibilises itself in processes of normativity. More often than not, media serves to reinforce this assumption of gender that already pervades the dominant and cross-cultural perception of bodies.

For this transcentric film series we will be using this ubiquitous phenomenon against itself: most characters in most films can easily be trans or non-binary because THEY NEVER SAID THEY WEREN'T.  We will use this idea to project transness onto notable films that are just begging for a more gender-expansive and critical lens.

Each film screening will be followed by a group discussion led by CJ Kitten Miller, a cinephile and gender educator, on how transness and gender expansiveness demonstrates itself in the film.

A teenage boy, Michael (he/him - Jason Patric) and his trans younger brother Sam (he/him - Corey Haim) move with their mother Lucy (she/her - Dianne Wiest) to Santa Carla, a small coastal town in northern California. The family struggles to find their way and make a new start for themselves until one night Michael connects with and falls for a local trans femme named Star (she/they - Jami Gertz) -- who turns out to be in thrall to David (he/they - Kiefer Sutherland), leader of a local band of transgender vampires.