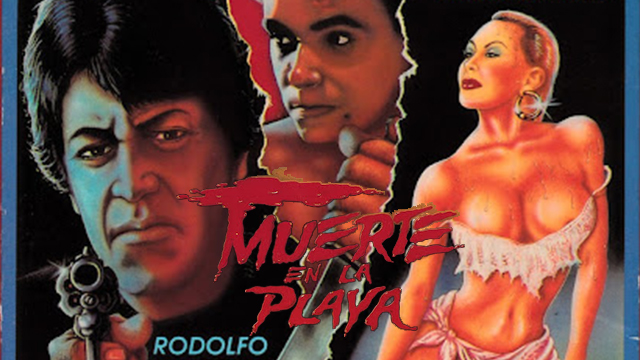 For the next installment of rarely screened Mexican genre films, Armando of TRASH-MEX presents a summertime movie set on the beach with a high body-count!

The beach was a place where the late & controversial Mexican filmmaker Enrique Gomez Vadillo always felt at ease and it is also where many of his peculiar movies & telenovelas were always set.

In Muerte En La Playa (Death On The Beach), a young guy named David returns home from boarding school. As he tries to settle back home in Acapulco and please his mother & her fiancé, David lingers on the sexual abuse he’d gone through at school and when his sexual orientation is questioned by various young people he meets at the beach; David simply just kills them. No mercy given.

Do not miss this heavy psychotic-thriller from the early 90’s which stars: Andres Bonfiglio, Sonia Infante & Rodolfo de Anda!