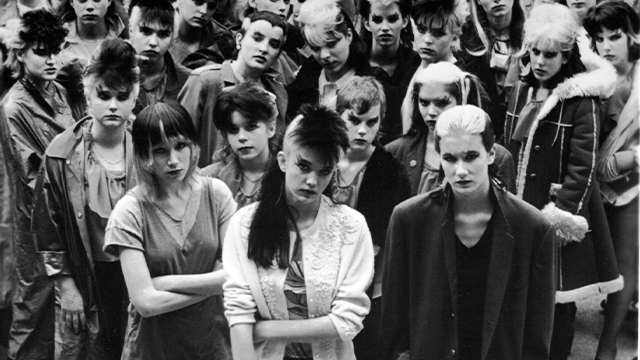 LADIES AND GENTLEMEN, THE FABULOUS STAINS (1982) Presented by: Rudy Bleu

We're thrilled to offer this exciting night of film and conversation with instrumental people in punk and performance!

Rudy Bleu curates an exciting night around LADIES AND GENTLEMEN, THE FABULOUS STAINS including conversation with Allison Wolfe (Bratmobile, Cold Cold Hearts I'm In The Band Podcast), Dynasty Handbag (Weirdo Night) and Ever a.k.a. The Girl About Town (Razorcake Mag, Charlie James Gallery).

LADIES AND GENTLEMEN, THE FABULOUS STAINS never received a formal theatrical release and was only seen on late-night cable, poor-quality bootlegs, or on rare occasions at film festivals. Yet somehow this 1981 film about a trio of misfit teenage girls who start a punk band went on to inspire a generation of women in rock.

Corinne Burns (Diane Lane) is a typical frustrated teenager living in a nowhere town until she catches punk band the Looters. Bewitched by the whole punk scene, she and her fledgling band, the Stains, join the tour, and in no time at all become media magnets. The band forms a rabid following of young girls, As the Stains get bigger and bigger, however, Corinne’s ambition gets the better of her.